Skip to content
Home » How To Play Football? 10 Techniques To Master The Sport 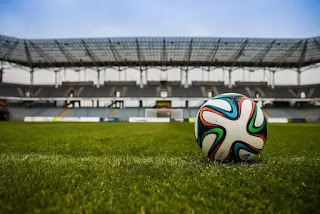 Football is a team sport played by moving a ball using your legs to score a goal. Football is also known as soccer in some counties. It is believed that the earliest form of football was known as cuju, a Chinese competitive game played in the second and third centuries.

The current form of football was introduced in England in the mid 19th century. There are many variations of this sport like rugby, gridiron, Gaelic football, etc.

In 1904, the International Federation of Association Football commonly known as FIFA was introduced for conducting international football competitions among different nations. FIFA has a membership of 211 national associations in 2020. The main objectives of FIFA are to promote football internationally, providing easy accessibility to the sport, and making rules and regulations for integrity and fair play.

If a team has less than 7 players due to the deliberate leaving of the players from the field then the match can’t be continued further. If the players get injured while playing, only 5 substitutions are allowed for both teams.

The 11 Player Positions In Football 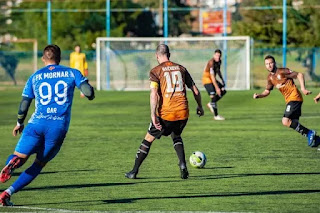 The position of the goalkeeper is the most major and specialized in football. The job of the goalkeeper is to prevent the opposite team from scoring a goal. Goalkeepers are the only players on the field who are allowed to use their hands while playing, for stopping the ball. The players of this position also get a unique status as they wear different colored kits from their teammates.

The striker is a forward player who plays closer to the opposite team’s goal area, forward players are known for scoring the most number of goals than other team players. The center forward and the striker are the only two forward players in a team, some teams can also appoint a second striker according to their tactics and game formation. The position of a striker needs many sets of skills to assist the center forward and score goals for their team. Players with skills like great ball control, dribbling skills, good pace, and technical abilities are suitable for the position of a striker.

The winger is a midfield position also known as a side midfielder, positioned on the left and right sides of the center midfielder. The main function of winger players is to manage the attack from each side. These players provide the width and increase defense along the flanks, this compresses the game in the opponent’s half. Wingers have high pace and great dribbling skills to provide crosses from which strikers can score easily.

The sweeper is a defense position also known as the last men as the players are positioned behind the defensive line and in front of the goalkeeper. The sweeper is a more versatile center back whose main aim is to sweep up the ball if an opponent break through the defensive line. After recovering the ball, the sweeper starts the attack again for the team by passing the ball to the midfield players. A good sweeper requires better ball control and passing skills than the center back players.

The Rules And Regulations For Playing Football

1) The Goalkeepers can throw the ball to their teammates or can pass the ball.

2) A six-second window is given to the goalkeepers for resuming the game.

3) The Goalkeepers are prohibited to come outside of their goal circle.

4) Any kind of infringement by a player is punishable by a yellow or red card.

5) If a team kicks the ball out of the pitch, the match is paused and is continued by the goalkeeper of the opposite team.

6) When a penalty is awarded to a team, the penalty taker can only take one step before kicking the ball.

7) At the time of kickoff, the ball should be placed in the center of the field. Both the teams should be positioned at their half of the field, till the ball is kicked by the opposite team to the receiving team.

8) When no goal is scored and the ball goes out of play over the goal line then a corner kick is awarded to the defending team.

9) A player is in an offside position if he receives the ball from his teammate beyond the position of the second last opponent and closer to the goal line.

10) If a player violates any law then a free kick is awarded as a penalty to the opposite team.

The 10 Techniques To Master Football

The Maradona turn is an attacking move named after Diego Maradona, a famous football player from Argentina. This move is used to escape a tackle from the opposite team’s defender. The Maradona turn is best if the defender is approaching from an angle, not straight.

Maradona turn is performed by stopping the movement of the ball with the front of your dominant foot. Take your foot off the ball and place it next to the ball, spinning your body in a different position away from the approaching defender. As you spin drag the ball behind you by switching your foot to non-dominant. After dragging the ball behind you, retake the forward position by sprinting past the defender.

Changing your direction while spinning your body creates a shield from the defender hence winning the ball. Accelerating away after the Maradona turn is important to escape from the defender.

The Cruyff turn is a dribbling move named after the legendary Dutch football player Johan Cruyff. This technique is used to escape from the opponents, mostly defenders.

While tackling with the opposite defender, drawback your right foot giving the defender the impression of passing. Instead of passing stop your foot over the ball and move it towards your stationary left leg. Spin at 180 degrees towards the opponent’s goal, switching back to your right foot. Sprint to escape from the defender. The opponent will lose two meters of distance till he recovers his mistake.

The simple tactics used in the Cruyff turn makes it effective and unpredictable. This skill remains the most common dribbling move in modern football.

To perform the bicycle kick, the ball must be airborne so that you can kick it while doing a black flip. The ball can fly towards the player by his teammates or the player can flick the ball up for the kick. To do a backflip for a bicycle kick you need to raise your non-kicking leg first to propel your body and jump using your kicking leg. After jumping switch your legs and kick the ball with your full strength.

The bicycle kick is a very difficult skill as it requires flexibility, strength, and pace.

Rabona is a kicking technique in which the kicking leg is wrapped around the back of the stationary leg giving a cross-kick. Rabona kick is performed to confuse the opposite team’s defender or to increase the accuracy of scoring goals.

The flip-flap is a dribbling move in football performed to confuse a defender by moving the ball in a different direction they didn’t intend to.

Although the success of this move depends upon the footwork and the explosive acceleration of the attacking player.

Pullback v is a tackling move in football used to tackle an opposing defender.

This move is performed, by placing your foot on the ball flicking it in the backward direction, then changing your direction as of the ball. The rapid change of your direction into the reverse direction, gives this move its name.

Pullback v is a common move in football. Practicing this move regularly improves your ball control and agility.

Rainbow is a trick used in modern football, performed by running forward with the ball and flicking it in the air, and propelling it in a forwarding direction over the head. The path followed by the ball gives the trick its name.

Rainbow is performed very quickly to work properly. Practice rolling and kicking to master this move.

Knuckleball free kick is a kicking technique in which a player shoots the ball in a way that the ball changes its direction, this makes it impossible for the goalkeeper to predict the direction of the incoming ball. This technique is also performed when a free kick is given to a team. Many famous football players like Gareth Bale and Cristiano Ronaldo apply this technique while taking a free-kick.

To perform a Knuckleball free-kick, place the ball 10 meters away from the goal. Take a few steps back for the run-up, take the steps according to your pace and strength for an effective kick. Before the run-up, stand tall with your back straight and chest out. Approach towards the ball and place your non-dominant foot on the ground while kicking with your dominant foot. Kick the ball with your laces, below the center of the ball. Stop your foot after it gets in contact with the ball, without following the path of your momentum.

Stopping your foot is the hardest part to master, but it is the most important step for performing a good knuckle kick.

This move gets its name from the resemblance of a scorpion’s tail while performed by a player.

Seal dribble is a form of dribbling technique in football performed to escape from the other team’s defender.

This technique is performed by flicking the ball up from the ground onto your head, running past the opponents while bouncing the ball on your forehead. Seal dribble is the most challenging technique for the defending team to tackle legally.

This technique gets its name from the players bouncing the ball on their forehead, imitating a seal.